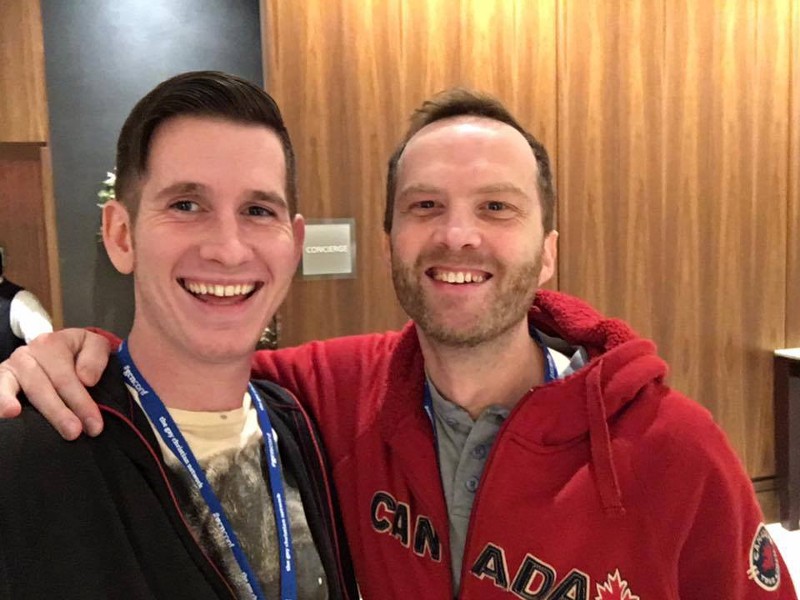 Sometimes I think about my new reality, and it can be a bit disorienting. Many of the people who are most important to me in my day-to-day life are people I hadn’t even met a year and a half ago. Coming out changes everything. It certainly has in my life. Some of my best friends became distant acquaintances at best, and some of the people who were on the periphery of my life have stepped into significant roles.

I’ve been thinking about this post all month. I knew I wanted to address the topic of friendship at some point. I’m a deeply relational person, and my friends mean the world to me. I have already written about Annie, but she is only one third of what I have affectionately nicknamed my “Holy Trinity.” I needed to write about Bruce and Jerron too.

I woke up this morning, and Facebook alerted me to the fact that it’s Jerron’s birthday!??? So it’s time to write the post, obviously, even though he TOTALLY BAILED ON ME for SF Pride this last weekend. 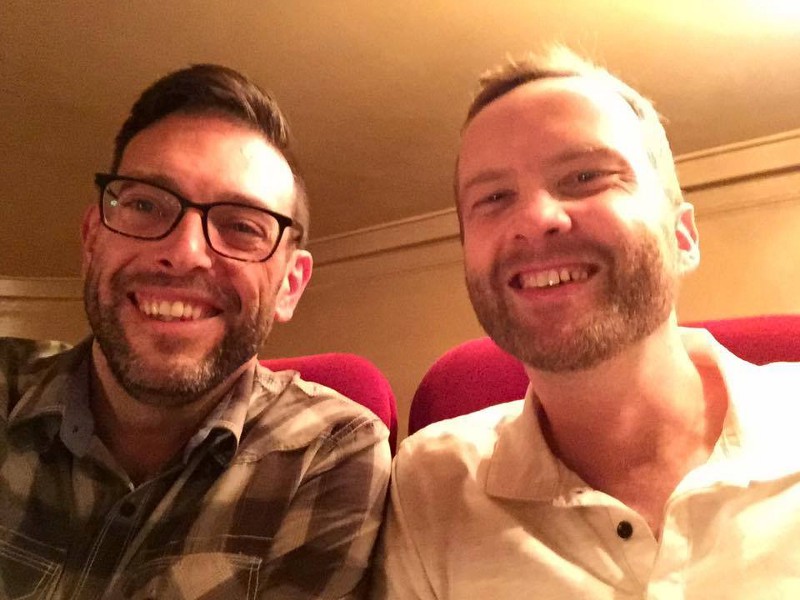 Back in the spring of 2016, I was blogging and tweeting anonymously, trying to make some sense of my life and figure out how to move forward. One day I got a DM from this guy, @PassTheBruce. He said “Great to meet you. Your story on your blog sounds familiar. Praying you see that God loves you completely and that he always knew these days of revelation would happen.”

We continued the conversation. He had just come out seven weeks prior. He was married. Two children. He had been in ministry too. He understood me. We FaceTimed. We moved the conversation to Facebook Messenger. And I’m not sure we’ve missed a day since. Bruce has walked with me through the decision to come out, through the agonizing months of preparation, through the drama of the big reveal last summer and through the aftermath and early rebuilding phases of this new life. He’s been a rock for me, a friend for the journey. He’s always about six months ahead of me, so it’s good to have someone who usually knows what I’m feeling and going through. We used to joke that he was my “gay life coach,” but he recently said, “I think we are just helping each other at this point… Mutual accountability and discipleship.”

Bruce and I spent an amazing 5 days together in New York City back in October. We had always talked about somehow meeting up there and seeing a show or something, so when the opportunity actually presented itself (to see Jake Gyllenhaal in Sunday in the Park with George Broadway, no less!), we both decided to make it happen. What could have been an awkward meeting between two people who had never actually been in the same room together turned into a glorious bonding time and cemented the good work already begun in our friendship. I experience God in Bruce, and I’m so grateful for him. 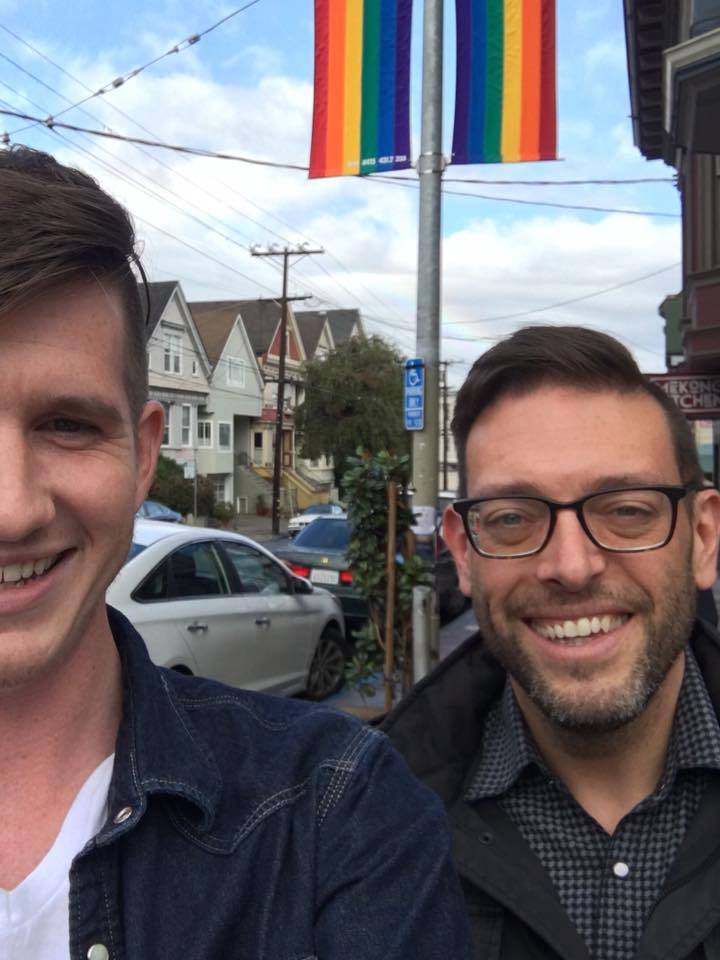 The week I came out, I got a Facebook message from a man who used to go to youth group at Redwood Covenant Church. He was reaching out just to be supportive, since we had the common connections. We ended up going out for a drink and comparing notes. He invited me over for dinner with him and his roommate, so I showed up to their apartment on a Tuesday night. Also over for dinner was a friend of theirs named Jerron, who was crashing at their place for a few weeks. He had just moved across the country from Pennsylvania, and he was looking for work and trying to find a place to stay. We ended up talking a lot that night, because we had a lot in common. Jerron was raised in a very conservative religious community — the German Baptists. He loved Jesus, but knew he was gay from a young age, and he had had to figure out how to reconcile his Christian faith with his sexuality.

We moved the conversation to Facebook and then, because he was so wonderfully local, we starting hanging out together a lot. We would drive to San Francisco most Sundays and go to church somewhere in the morning, spend the afternoon exploring San Francisco, and end the evening at MCC’s evening service. We saw the musical “Beautiful” together, we wandered Pier 39 and Fisherman’s Wharf together and we explored the GLBT History Museum together. In fact, since we were both a little late in coming out, we called ourselves “remedial gays” and watched things like Rocky Horror Picture Show and Stonewall Uprising together. We learned our new culture together.

When a room came open in Jerron’s house, I moved in. It was hard to leave my home of 23 years, but it was so good to have a good friend right next door in my new house. Someone knew where I was, someone was checking in on me, someone cared about me. Jerron moved to Pasadena in April, but we still keep in touch all the time. I will always be thankful to God for his gift of Jerron. Right here in Sonoma County when I most needed him.

Bruce and Jerron have seen me through romance and heartbreak. Listened to my complaints and drama. Built me up when I didn’t think I could go on. They have sought God with me… reading and talking about scripture together, praying together regularly. Our endless group chat (currently titled “Two Men and a Beyoncé… one guess which one of us is Queen Bey) is epic, let me tell you. I don’t think I would have made it through this last year without either one of them. Because of their friendship and love, I see God a little bit more clearly, and I will always be grateful.